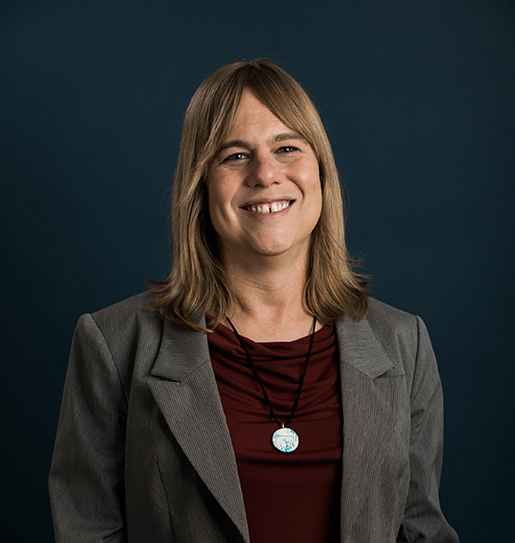 In her role as advocacy strategist at the ACLU of Indiana, Kit works closely with the entire team to plan and implement our advocacy efforts across the spectrum of ACLU issue areas and campaigns. She also oversees the ACLU of Indiana’s LGBTQ Rights Project. This includes TEAP (Transgender Education and Advocacy Program), a public outreach effort to identify transgender advocates and arm them with the tools to educate and engage their communities and lawmakers.

In her time at the ACLU of Indiana, Kit has been a leader in the effort to defeat numerous legislative attacks on the rights of queer and trans Hoosiers. In 2019, she was inducted into Indy Pride’s Hall of Fame for this work and in 2020 was named Community Leader of the Year by the Indy Rainbow Chamber of Commerce. In 2021, she won the Kennedy-King Memorial Initiative's Trailblazer Award for Civic Engagement.

A former high school teacher, Kit started her advocacy career as a community organizer for the Freedom Indiana campaign. While there, she helped organize local battles to successfully pass non-discrimination protections in over twelve municipalities. Kit was instrumental in the development of Indy Pride’s annual trans-focused event, #TransGlam, and co-organized the first transgender marching contingent in the Indy Pride Parade’s history. Kit currently also serves as a member of Indy’s Race and Cultural Relations Leadership Network.

Imagining A Better Future for Trans Children On TDOR

Pride is a Protest

Celebrate Us While We're Alive