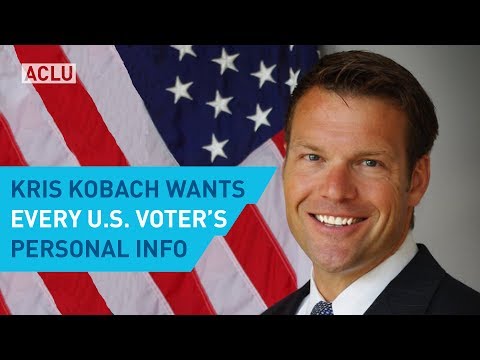 The ACLU of Indiana stands against the coordinated attack on voting rights in this country, which includes the administration's so-called "Election Integrity" Commission.

The "Election Integrity" Commission, formed by President Trump and chaired by Vice President Mike Pence, asked every state in the nation to provide voter data, including full names of all registrants, addresses and dates of birth; last four digits of social security number; and political party and voter history. We believe that a request with this kind of sensitive information could be a violation of privacy.

Indiana Secretary of State Connie Lawson, who sits on the commission, refused to hand over Indiana voter data, citing state law. In Indiana a voter's name, address and congressional district are available to the public; beyond that voter information is kept private.

"We have demanded to know the basis for the "Election Integrity" Commission and we will fight efforts to use the commission as a pretext for voter suppression." says Jane Henegar, Executive Director of the ACLU of Indiana. "The real threat to electoral integrity is too many eligible voters do not vote, here in Indiana and across the country."

In the 2016 election, Indiana had the lowest voter turnout in the nation. In May of this year, the ACLU of Indiana filed one of five Freedom of Information Act requests seeking to know the information that the Trump administration is using as the basis for its voter fraud claims.

The ACLU of Indiana will continue to monitor the commission, protect Hoosiers' privacy, and take legal action as necessary.

Go here for more information on Kris Kobach and his impact on voter rights.

Go here for more information on what we have done in Indiana to protect the right to vote.

Yes! You Can Vote!

Previously Incarcerated? Yes, You Can Vote!

Yes! You Can Vote!

Here’s What You Need to Know About the White House’s Plan to...

Ensure Fair Voting Districts for Everyone