These are our fight songs!

Music can be so deeply connected to our lives and our work - and that’s definitely true here at the ACLU of Indiana. Whether it’s a protest song from the 60s that reminds us of the long history of our fight, a punk-rock rager when we need a good yell, or a fun dance song with a good beat that shores up our enthusiasm when we’re getting ready to show out and show up in the fight for justice and equality. We each have our unique “let’s go” songs that keep us moving.

We thought it would be cool to ask our staff to tell us about the tunes they cue up when they need that extra boost. It was so much fun to see the variety of tastes in our office… and as a bonus, we created this nifty Spotify playlist that you can use if you want to listen along! Plus, we’ve even included some extra tracks submitted by our Board of Directors and our interns. 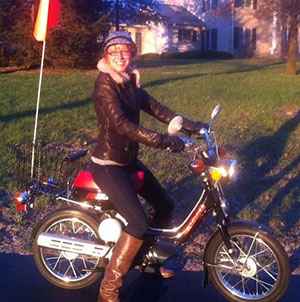 Take a Giant Step - Taj Mahal: The fight sometimes involves setbacks, and this song is a good reminder for me not to dwell on failures, but to move forward with introspection and compassion.

Like a Girl -- Lizzo: These lyrics give me life, from word one: “Woke up feelin' like I just might run for President / Even if there ain't no precedent, switchin' up the messaging / I'm about to add a little estrogen.”  I may or may not have cried in my car on the way to work listening to this song on repeat.

Europe – The Final Countdown: Yes, I know.  But that intro synth just does it for me, especially since I can’t not think about Gob Bluth every time I hear it.  Was this my ringtone for a period of time in the mid-2000s?  Maybe. 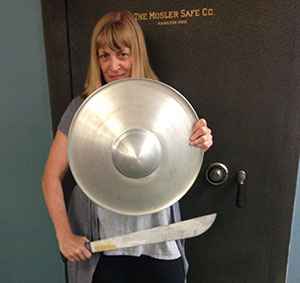 Nessun Dorma (Turandot) -- Giacomo Puccini: This is the version with Aretha Franklin (she stepped in for Luciano Pavarotti on the 1998 Grammys). It’s about finding strength in adversity. The prince needs to answer 3 difficult questions put to him by a cruel but beautiful princess or he’ll lose his life!

The Birth of Kije (Lieutenant Kije) -- Sergei Prokofiev: Lt. Kijé is the story of an imaginary soldier, created when the Russian Tsar misread a smudged name on a list of his men. Everyone around the Tsar was too afraid to tell him there was no such person, so they just invented an entire life for the nonextistent Kijé. He gets married and becomes a hero -- all on paper.

Well You Needn’t -- Thelonius Monk: This is just the coolest music by an artistic genius. 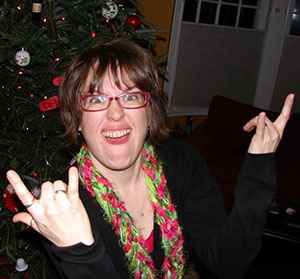 Rise - Public Image Limited: Like many women, I have been told to calm down, quiet down, sit down, compose yourself, and above all, stop being so angry. For all the times I have been shushed, scolded, and glared at ... this song is a pretty glorious way to submerge myself in my anger and outrage, the very sources of my activism.

Cult of Personality -- Living Color: When I saw Corey Glover perform this he climbed 30 feet up in the air, clinging to the proscenium with one hand, holding the mic with the other, and banging his head with total abandon -- dreds flying. This song is about inhabiting the moment, furiously resisting the dangers of a charismatic leader.

Good Grief -- Urban Dance Squad: Really, there isn’t a darn thing in the content of this song that makes me want to take to the streets. This song fills me with a fierce, relentless energy, like gas in a tank. 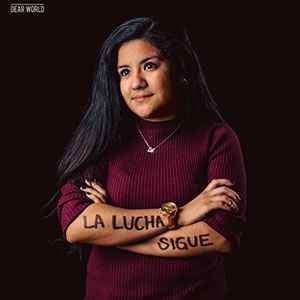 Latinoamérica – Calle 13: I remember hearing this song for the first time and hearing the line, “tu no puedes comprar mi alegría, tú no puedes comprar mis dolores,” which in English means, “you cannot buy my joy, you cannot buy my pain." These lines are a reminder of the resilience within Latin America’s history and the resilience within my Latin American identity. The song inspires me to honor the sacrifices my family made by leaving Nicaragua and seeking asylum in the U.S.

Superwoman --Alicia Keys: This song reminds me of my biggest supporter, role model and main source of inspiration, my mother, who consistently inspires me to always fight for what I believe in and remain determined. All her sacrifices and hard work as an immigrant woman, small business owner, community leader, mentor to many, and more roles she plays have always made her a superwoman in my eyes.

I Can – Nas: I love this song because I feel the most motivated whenever I have the opportunity to connect with young activists fighting to fulfil their dreams of fighting for justice. Since many social justice movements may seem too daunting to join or tackle at first or at times, this song is a great reminder to me to believe in ourselves, no matter our age or how small we might feel. 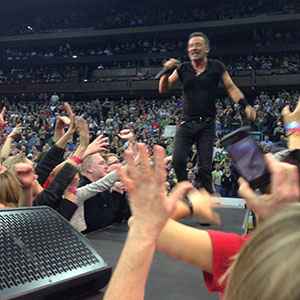 I Won’t Back Down – Tom Petty (performed by Johnny Cash): This song of duty, defiance, and resilience - sung by artists who speak truth to power – inspires me to stay in the fight.

The Ghost of Tom Joad – Bruce Springsteen (feat. Tom Morello): Many, many of Bruce’s songs speak of the crushing heartbreak of economic and racial injustice, including his song “The Ghost of Tom Joad.”  This version features Tom Morello of Rage Against the Machine; Tom is a scorching guitar player and an ACLU Smart Justice ambassador.

Freedom – Beyonce (feat. Kendrick Lamar): Bey sums it up for all of us:  Our songs are worth singing, ‘”’cause a winner don’t quit on themselves.” 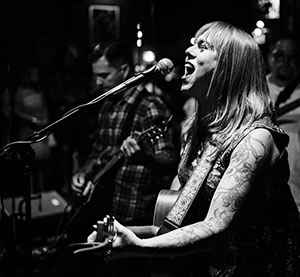 Roots Radical – Rancid: Look, this song rules. I cannot count the number of cups of coffee I’ve been through with this as my “give ’em the boot” anthem on a morning when I needed an extra boost.

People Who Died – The Jim Carrol Band: Being trans means seeing too many people you love check out early. When it happens, I sometimes crank Jim Carrol’s scorching ode to the ways his friends got themselves killed. Maybe that’s morbid, but it helps me reconnect the sadness of those losses with my duty to suit up and get back on the front lines.

Transgender Dysphoria Blues – Against Me!: Performing rock music is an important part of my life. But for years I abandoned it - the dysphoria I felt made me want to hide from my singing voice. This helped me find it again. It’s a call-to-arms for trans girl rockers. Laura Jane Grace’s lyrics give voice to that frustration of never quite fitting. “Your tells are so obvious/Shoulders too broad for a girl/Keeps you reminded/Helps you to remember where you come from.” 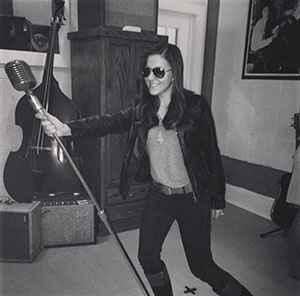 Tom Morello  ft Knife Party – Battle Sirens: We had the honor of hosting Tom Morello at the ACLU of Indiana in his work as a Smart Justice Ambassador. A leader in sticking it to the man, and a musician who manages to get your adrenaline pumping, ever since his visit this is my go-to when I need to get psyched.

Sam Cooke – A Change is Gonna Come: I have always been a huge Sam Cooke fan, but found new inspiration for this song after watching the Netflix documentary on his life and political involvement. Written during the civil rights movement, in the hope of a better day, the original version of this song made even bolder statements, which the music industry forced Cooke to edit out of the mainstream version. Some even argue Cooke’s untimely death was a result of his social activism. 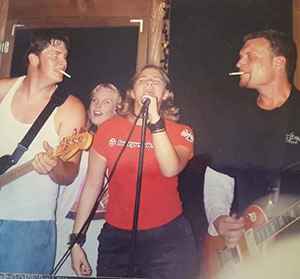 Standing In the Way of Control – Gossip: My favorite lyrics in this song are “I don’t want the world. I only want what I deserve.” I love it so much that I have it tattooed on my arm. To me, so much of what we fight for are basic human rights. It should be simple but oftentimes, especially in Indiana, it is not.

Entertain -- Sleater-Kinney: I listen to this song before I go into every legislative battle. It is the perfect song to belt out in your car.

Stand Back -- Stevie Nicks: Did you really think you were going to get through this list without one Stevie Nicks song? Not only is she an icon but Prince plays the tasty guitar lick in the breakdown. 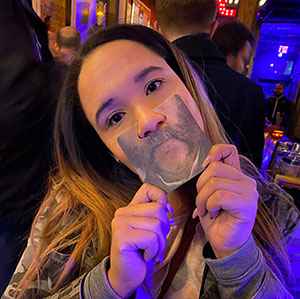 Woman – Kesha: I listened to this song before every single interview. I believe that the lyrics speak for themselves. “I’m a woman, I can do anything.”

See A Victory – Elevation Worship: This is the song that I listen to on days where I feel that very few results are coming in. It reminds me to keep my head down and keep fighting the good fight, there will always be a victory.

The Way It Is -- Brue Hornsby

Public Enemy --Fight the Power: Pretty much a perfect song.  It’s simultaneously erudite, evocative (tell me you don’t immediately start dancing like Rosie Perez), and so catchy that it fits on any play list.

Rage Against the Machine – Know Your Enemy: “Something must be done about vengeance, a badge and a gun.”