A note from the Executive Director and the Board President:

2020 has been a challenging year for each of us and for our country. But crisis and heartbreak have exposed truths from which we must not look away.  Truths about inequality, about the fragility of our democracy, and about the unfinished potential of our Constitution. With your help and the help of communities across Indiana, the ACLU of Indiana has been able to rise to meet these challenges and push forward toward a more perfect union.

Through this difficult year, we learned anew that Hoosiers’ rights and freedoms – and the shared values on which they are based – are strengthened when ordinary people engage in extraordinary acts:

Our supporters demonstrated this strength like never before in 2020, fighting for their fellow community members during unprecedented times.

Thank you for fighting with us, for raising your voices and casting your votes, and for investing in a more just, vibrant, and inclusive future for all Hoosiers.

The ACLU isn't letting up from the fight – not now, not ever. 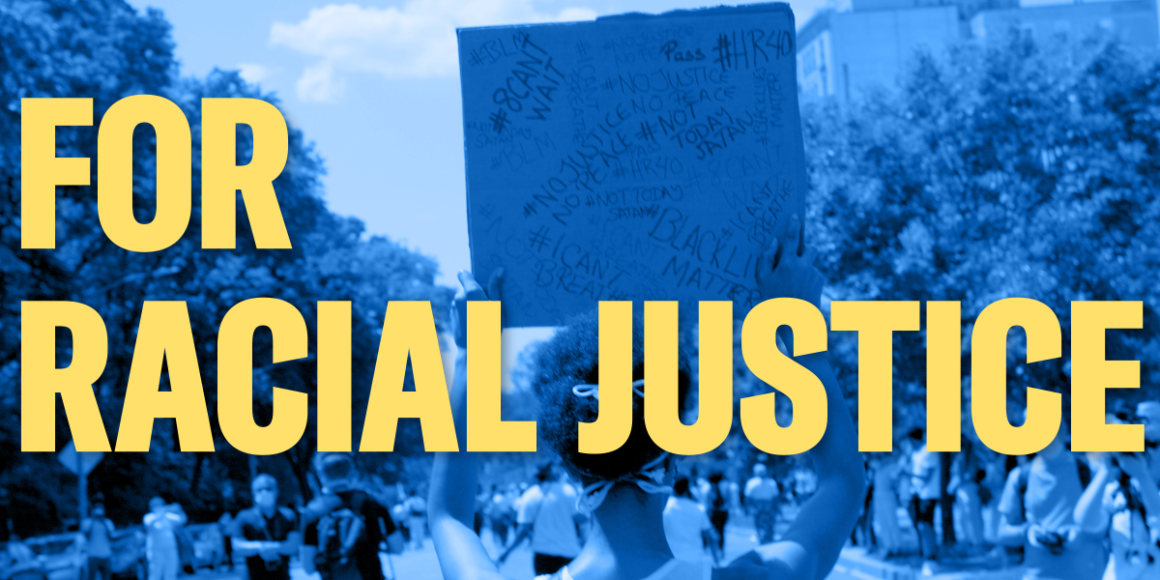 With your help, we called on Indiana law enforcement agencies to recognize, condemn, and work to fix systemic racism and excessive uses of force, which too often lead to the deaths of Black people at the hands of police officers.

Along with community partners in Indianapolis, our efforts created a civilian-led use-of-force board, and reforms that included a use-of-force continuum banning chokeholds and requiring exhaustion of all alternatives before shooting. Together we obtained the commitment of city officials to reimagine the role police play in our city. This commitment is critical, as we know a few trainings and updates to police policies won’t make public safety safe for everyone. We must seize this moment, across the state of Indiana, and recognize that only completely reimagining policing will achieve safety and justice for all Hoosiers.

In Fort Wayne and Indianapolis, protesters gathered this past summer to stand up against police brutality and the murders of Breonna Taylor, George Floyd, and other people of color. Unfortunately, these protests were met with more police brutality. Excessive use of force against protesters chills free speech, and widens the rift of distrust between communities and the police that are sworn to serve them.

In Fort Wayne, the police response was particularly egregious. When protesters attempted to disperse, several were repeatedly attacked by police even as they tried to get back to their vehicles. One of our plaintiffs was trapped under a bridge. When a police officer told her to leave, she explained that she was trying, but she couldn’t get to her car because of tear gas and police barricades. The officer responded that this was not his problem, and that she should call an Uber.

We filed three lawsuits on behalf of protesters whose rights were violated, two in Fort Wayne and one in Indianapolis. The lawsuits against the city of Fort Wayne are ongoing, and in Indy our lawsuit led to an agreement limiting the Indianapolis Metropolitan Police Department’s use of chemical agents against protesters.

There is so much more work to be done, but we are ready to keep fighting. In 2021, we must reduce the size and scope of police departments and reinvest the money saved into community-based services that will ensure public safety is a reality for all. 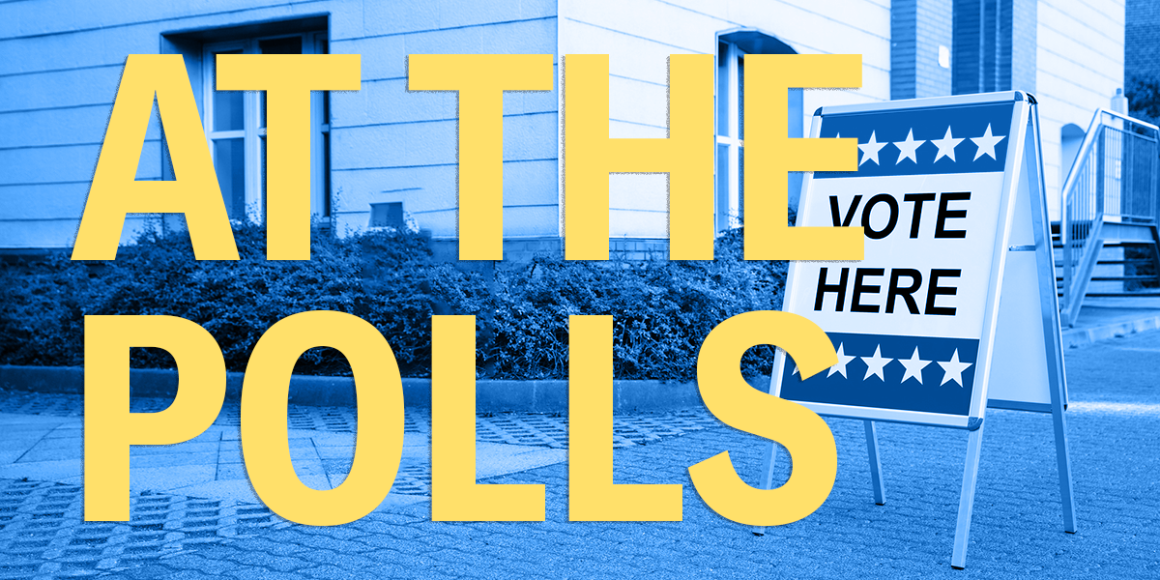 In what was one of the most historic Presidential elections, voters faced additional barriers to the ballot due to the COVID-19 pandemic. With your help, we pushed Indiana elected officials to allow no-excuse absentee voting during the primary. More than 10,000 Hoosiers sent messages to Governor Holcomb and Secretary of State Lawson, demanding no-excuse voting during the general election, but these concerns were not met, and Hoosiers were asked to vote in person amid a deadly pandemic. We must continue to dismantle barriers to voting that have been erected over decades. A great democracy needs everyone’s vote.

ACLU Yes! You Can Vote! Campaign

The ACLU of Indiana also ran an extensive voter education campaign spreading the word to all Hoosiers that Yes! You Can Vote! The Campaign focused on informing previously incarcerated individuals of their right to vote.

One voter, Jeannie Reed, told the IndyStar “A corrections officer had told me, ‘Suck it up, you did what you did, and now you've lost your right to vote. That’s on you.’ And that wasn't even true.” Jeannie was excited to vote for the first time in the 2020 election. We were glad to hear of people like her, who were able to vote after being informed of their rights. 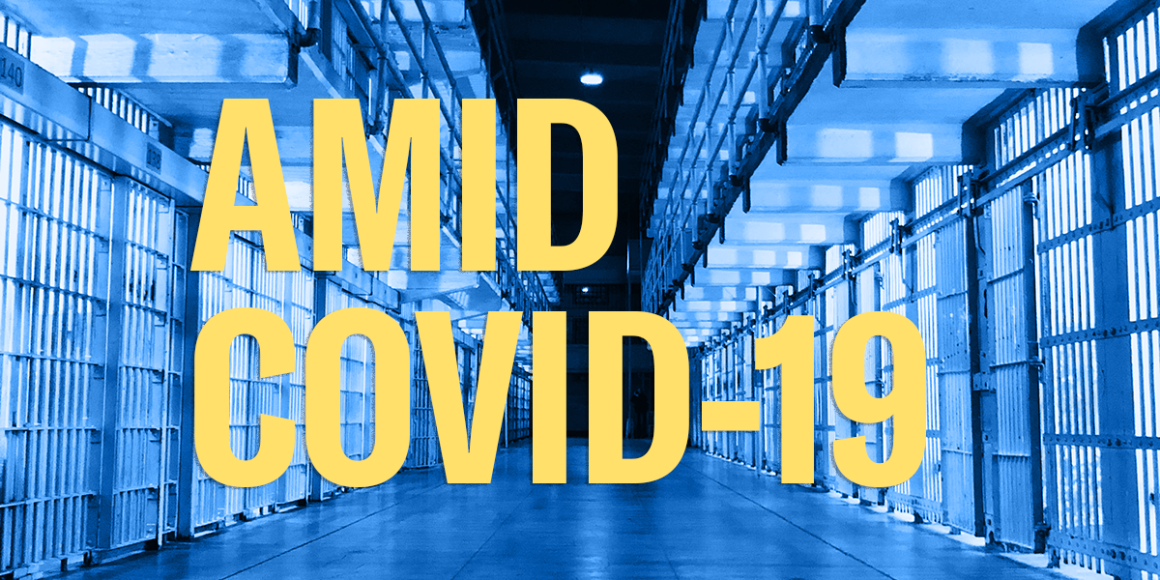 This year, we fought for vulnerable populations amid the COVID-19 pandemic, specifically individuals in Indiana’s jails and prisons. In the spring, we sent a letter to Governor Holcomb and the mayors, sheriffs, and police chiefs of the 10 largest cities in Indiana, asking them to take steps recommended by public health experts to slow the spread of COVID-19 in jails and prisons.

Following this letter, the ACLU of Indiana submitted an emergency petition requesting the Indiana Supreme Court take immediate action designed to stem the progression of COVID-19 in the Indiana Department of Correction (DOC) and Indiana’s county jails. Although the petition was denied, our efforts led key government officials to release a joint letter acknowledging the serious threat COVID-19 poses to Hoosiers who are incarcerated.

Local leadership, such as Marion County Prosecutor Mears, have taken action to reduce the number of individuals entering county jails, but the time is long overdue for state leaders and judges to step up.

In December, after it was reported that over a third of the jail’s overcrowded population has tested positive for COVID-19, the ACLU filed a motion for a status report from Vigo County jail, requesting information on the outbreak and medical protocols

The Constitution is clear - individuals may lose their liberty, but they do not lose all of their rights while in prison or jail. In 2021, we will continue to focus attention on how COVID wreaks havoc on incarcerated people, jail and prison staff, and the surrounding communities here in Indiana.

We worked with Marion County officials to pause electronic monitoring fees during the pandemic. A significant number of individuals who are forced to pay fees for electronic monitoring devices make less than $12.00 per hour and work in the service and hospitality industry, sectors of our economy that have been hit hard by COVID-19.

We must ensure that people who come in contact with the criminal legal system are able to be successful when they re-engage with their communities, not overloaded with debt. 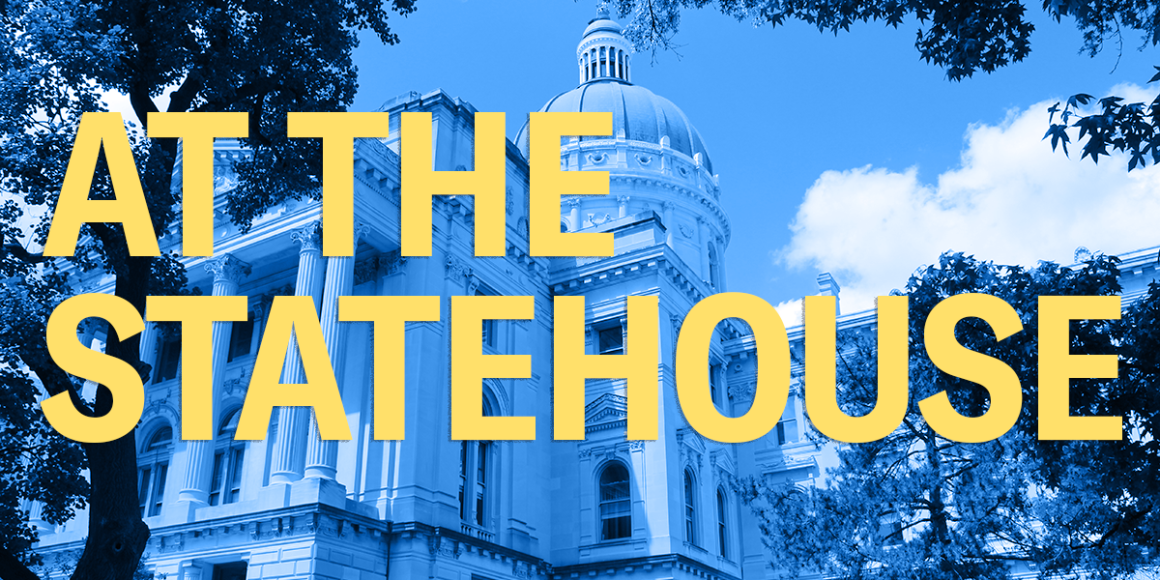 During the 2020 legislative session, you fought with us tooth-and-nail to stop discriminatory legislation. From keeping 12-year-old kids out of adult court, to protecting the rights of trans Hoosiers - it was a constant battle, but our supporters sent more than 3,500 messages to Indiana legislators.

For more information on the 2020 legislative session check out the full legislative wrap-up and scorecard here.

During session, we also hosted the first-ever LGBTQ Statehouse Day in Indiana to bring together members of the LGBTQ community, service providers, community organizations, supporters, and lawmakers to discuss the experiences and needs of LGBTQ Hoosiers.

We were joined by 18 bipartisan lawmakers, 17 community organizations, 13 representatives from our Transgender Education and Advocacy Program, and over 200 community members, working to defend and advance the rights of LGBTQ Hoosiers on all fronts. 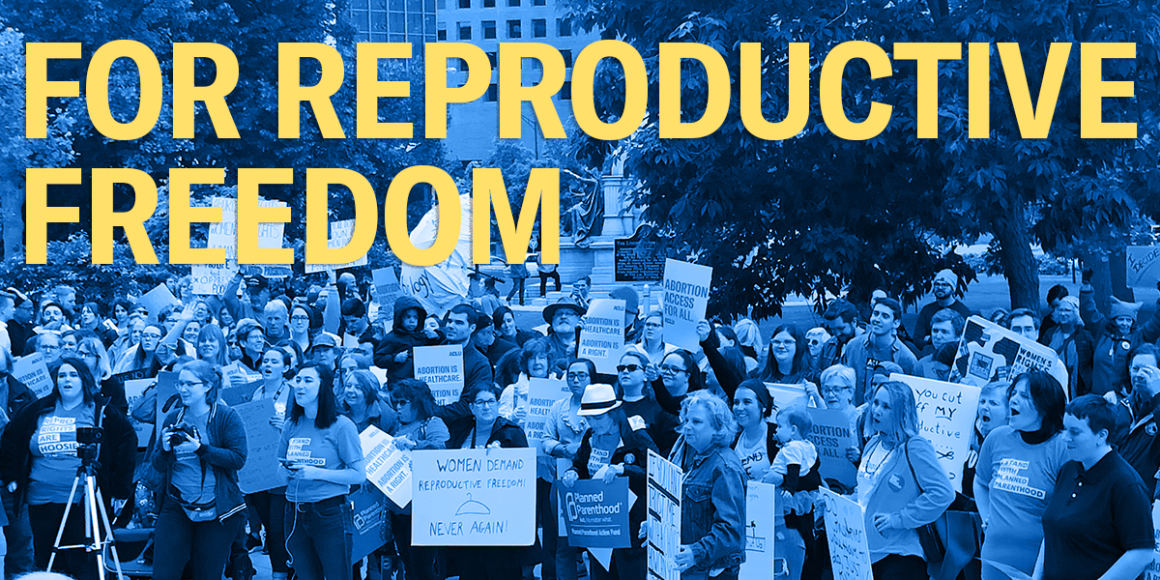 We started and ended 2020, as we unfortunately do most years, fighting several laws that attempt to limit a woman’s access to abortion.

As a result of a 2018 lawsuit, this year, a U.S. District Court struck down a medically unnecessary Indiana law that would have singled out abortion providers by requiring invasive and vague reporting.  The law would have burdened both patients and their medical providers with unnecessary reporting requirements. Abortion care should be regulated by medical experts, not by politicians with political agendas.

Reproductive health care, including abortion, should be safe and available to those who need it, and not restricted by certain politicians who want to ban abortions. We will continue to fight to protect Hoosiers’ access to abortion.

During the 2020 session, the Indiana legislature added restrictions to a statewide panhandling ban, attacking free speech and targeting those who are most vulnerable in our society. HEA 1022 would have amended existing law to further criminalize “panhandling” to the extent of outright prohibiting most forms of financial solicitation by individuals and groups on Indiana’s sidewalks.

We quickly filed a lawsuit and the U.S. District Court concluded in the initial preliminary injunction that “Indiana's panhandling statute, in both its pre-amendment form and as revised by the amendments that are to take effect on July 1, 2020, is an unconstitutional prohibition on the freedom of speech.” The law was ruled unconstitutional and local and state government were prevented from enforcing the law.

Tha ACLU joins advocates in urging government to address the root causes of homelessness, instead of restricting individuals’ rights and liberties.

See a current list of ACLU of Indiana Staff >

See a current list of ACLU of Indiana Board of Directors >

Thank you to our former board members:

Our deep gratitude to Joan Laskowski, former board member, who passed away in 2020.

Joan’s long devotion to civil liberties began in 1967 when she joined the Greater Lafayette Chapter of the ACLU of Indiana. She served on the board of the ACLU of Indiana for nearly 50 years and chaired the Legislative Committee tracking activity at the Indiana State House. She was appointed to the national ACLU board in 1993, the first female delegate from Indiana, and remained there for twenty-four years. In 1998, the ACLU of Indiana created the Joan Laskowski Legislator of the Year Award and confirmed her as its first recipient.

Joan was a true hero, an inspiration, a model board member—active, informed, resolute in her positions, and win or lose, cheerful in her support of the organization’s decisions. 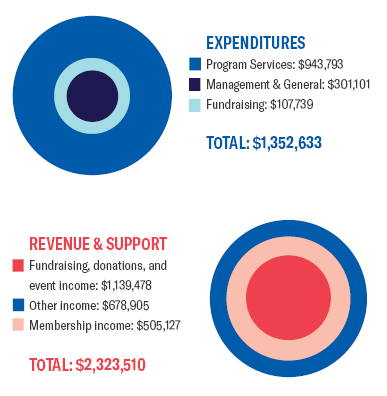 Thank you to our sponsors:

Christel DeHaan Family Foundation
The Indianapolis Foundation, a CICF affiliate
Tom Linebarger and Michele Janin
Jeff Rasley and Alicia Todd Rasley
The Samerian Foundation
Deborah Simon
The Herbert Simon Family Foundation
The Estate of Dr. Herbert Kirst and Peggy Hillman
And all of our generous supporters and members who stepped up again and again to assist in the ACLU’s response to the extraordinary challenges of the past few years.  We couldn’t have done it without you.

Change starts with you. Our volunteers and activists help turn the promises of the Constitution into reality. We are a people-powered movement, fighting for the future of freedom and justice. Take action, become an ACLU member, or volunteer your time to defend civil liberties.

Planned gifts, such as bequests, help sustain the ACLU for generations to come. In addition to designating the ACLU as a beneficiary in a will or revocable living trust, donors may also designate the ACLU as a beneficiary of a life insurance policy, IRA, or pension. For more information, please contact Neil Hudelson, Director of Philanthropy at 317.759.6421 or nhudelson@aclu-in.org.

Make a tax-deductible donation to the ACLU of Indiana today to help continue this critical work.