The ACLU Campaign for Smart Justice is an unprecedented, multiyear effort to reduce the U.S. jail and prison population by 50% and to combat racial disparities in the criminal justice system. In Indiana, 43,200 Hoosiers are in state prison or jail and 116,700 people are on probation or parole. 34% of Indiana's incarcerated population is Black, as compared to 9% of the state population. We are working in all 50 states on reforms to usher in a new era of justice in America. Download the full ACLU of Indiana Smart Justice Blueprint.
The ACLU of Indiana fights to protect the rights of individuals at every level of the criminal justice system. We opposed legislation dictating DNA collection of arrestees in the statehouse, and we have worked with local law enforcement on developing stronger implicit bias training. We hold law enforcement and elected officials accountable for keeping their city safe for all and ensuring that their practices deescalate violence instead of entice it. And, we work to reduce jail overcrowding.
Across the country, the ACLU’s Campaign for Smart Justice is fighting in the legislatures, the courts, and in the streets to end mass incarceration.
America, land of the free, has earned the disturbing distinction of being the world’s leading jailer. Representing just 5 percent of the world’s population, we now hold 25 percent of its inmates. The “tough on crime” politics of the 1980s and 1990s fueled an explosion in incarceration rates. By the close of 2010, America had 1,267,000 people behind bars in state prisons, 744,500 in local jails, and 216,900 in federal facilities—more than 2.2 million people locked in cages. The ACLU believes that together we can reduce those numbers. 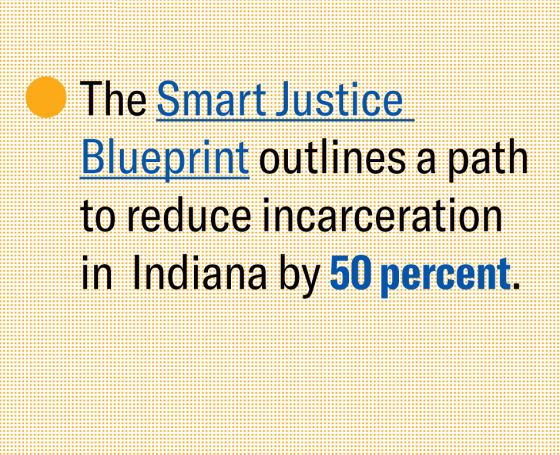 Lawsuit Claims that Persons Found Incompetent to Stand Trial May...